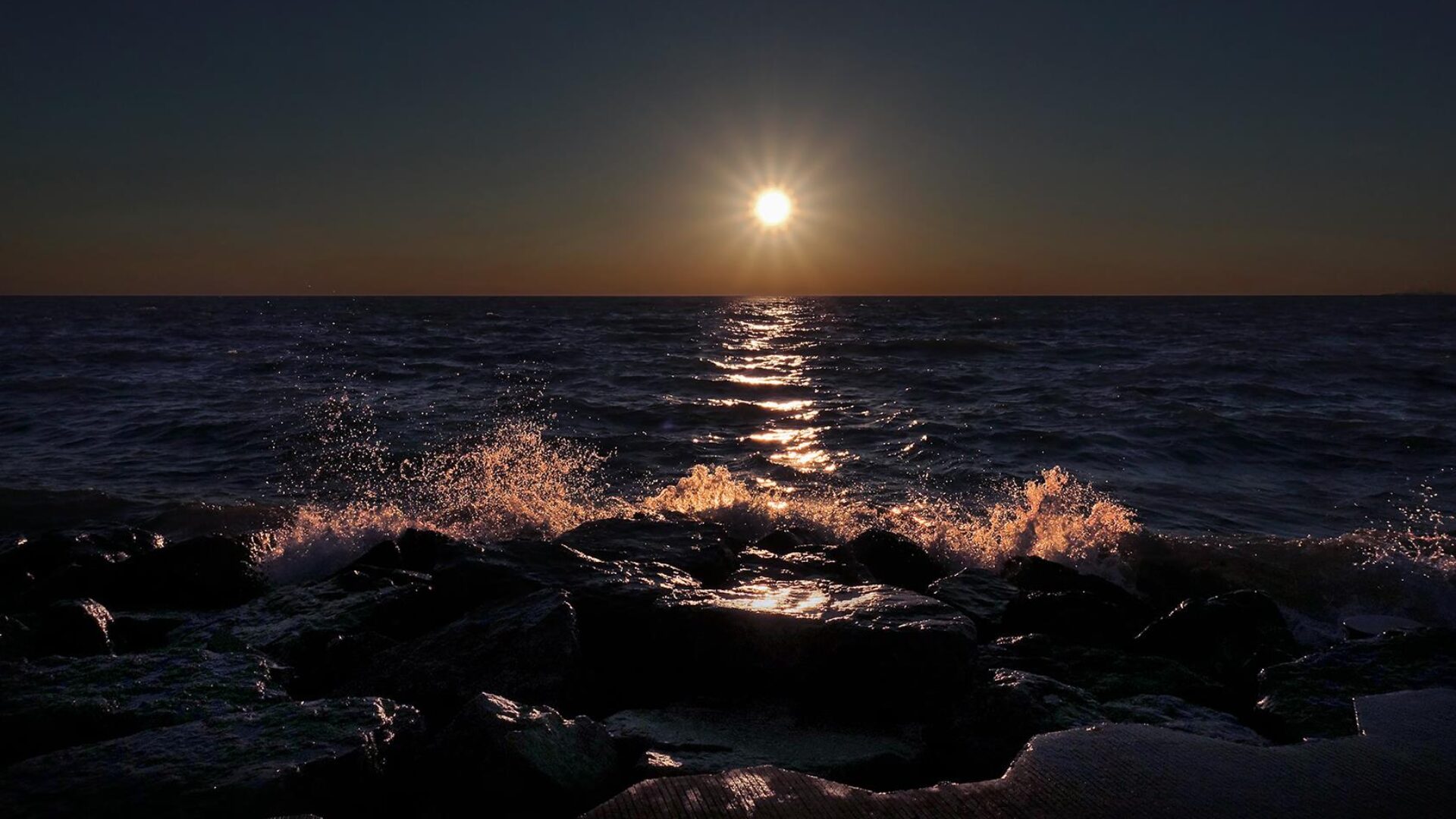 After surviving the shark-infested waters of the Gulf of Farallones, jellyfish attacks on the English Channel, the Great Depression—and most recently the COVID-19 pandemic—marathon swimming legend Ted Erikson is ready to celebrate the 60th anniversary of the dangerous world record-setting swim that first put him on the map of history: his August 22, 1961 crossing of Lake Michigan.

Known for its deadly currents and seiches, Lake Michigan causes more drownings each year than the four other Great Lakes combined. Alaskan professor Harry Briggs and lifeguard Joe Griffith attempted to swim across the lake a total of five times during the 1950s and ’60s before Chicago car salesman Jim “The Courtesy Man” Moran sponsored a race with a prize of $3,675—or $100 for each of 36.75 miles between Chicago and Michigan City—to the swimmer who could finally accomplish the feat.

On August 21, 1961, Erikson jumped in the water alongside five other swimmers—including accomplished marathoner Mary Margaret Revell—only to be sent off course by a squall that created waves as high as 16 feet. By 2 a.m. everyone in the race had dropped out but Erikson, who persisted for 36 hours and 37 minutes. He covered a total of 43 miles before clambering onto the pier at Michigan City to be greeted by cheering crowds. He set a world record not only for first crossing of the lake but also for time spent in the water for an endurance swim.

Erikson went on to set another world record in 1965, this time for speed, as only the second round-trip swimmer of the English Channel. He set yet another world record in 1967 as the first person to make the swim from the Farallon Islands off the coast of California to the Golden Gate Bridge in San Francisco. This record went unbroken for 47 years, until a resurgent interest in marathon swimming during the 2010s led to several new attempts.

Erikson will celebrate the anniversary of his historic swim with a party on 63rd Street Beach in Chicago at 10 a.m. August 22, 2021. He will be joined by the Point Swimmers of Hyde Park, whose members include women who made headlines this winter with daily ice swims in the lake, as well as swimmers from other organizations. Members of the press are invited to attend.

In addition to his first harrowing swim across Lake Michigan, Ted Erikson also made additional 50-mile and 60-mile swims across the lake in additional Moran-sponsored races, placing second to two of the greatest swimmers in the world at that time, 94-year-old Olympian Greta Andersen, his training partner and friend, and Abdel Latif Abu-Heif, the “Crocodile of the Nile.” He completed a total of 31 professional swim marathons.

English Captain Matthew Webb made a point of swimming the 21-mile English Channel for the first time in 1875, but the world didn’t go truly crazy for marathon swimming until 18-year-old American Gertrude Ederle became the first woman to accomplish the task in 1926. At that point the Canadian National Exhibition and William Wrigley Jr. began to offer prizes of $40,000 to $50,000 for distance swimming feats, and for several decades swimmers delighted the world with their feats of endurance. As interest in adventure and endurance sports has risen, marathon swimming has seen a comeback.

The Promontory Point Open Water Swimmers of Hyde Park frequent the waters around Promontory Point on Chicago’s South Side. A group unique for its range of ages and personal backgrounds, the collection of swimmers includes University of Chicago researchers and graduate students, practicing artists, and even a few media personalities, including the late Elizabeth Brackett, who won triathlons into her seventies.

As the official photographer of the PointSwimmers, David Travis is responsible for many stunning images of Ted Erikson, his fellow Lake Michigan swimmers, and the lake itself. Travis served as photography curator of the Art Institute of Chicago for 36 years.